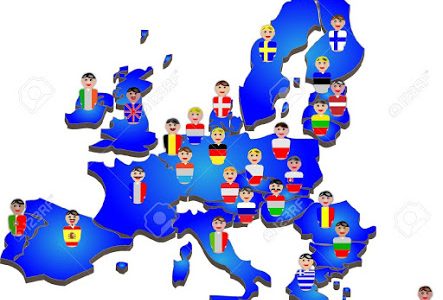 About the territorial jurisdiction to claim the payment of community fees to owners domiciled in other countries. STJUE of May 8, 2019, Case C-25/18.

The judgment under comment is STJUE, B. Andrew Kerr v. Pavlo Postnov and Natalia Postnova,  Case C-25/18, 8 May 2019, which concerns a request for a preliminary ruling, pursuant to Article 267 TFEU, by the Okrazhen sad — Blagoevgrad (Provincial Court, Blagoevgrad, Bulgaria), by decision of 19 December 2017, received at the Court on 16 January 2018, which concerns the interpretation of Article 7.1(a) of Regulation (EU) No 1215/2012, concerning jurisdiction, the recognition and enforcement of judgments in civil and commercial matters, and Article 4.1.b and (c) of Regulation (EC) No 593/2008 on the law applicable to contractual obligations (Rome I), in the context of a dispute concerning non-payment of the annual fees of a community of owners in horizontally property.

The facts at the subject of that request for a preliminary ruling are as follows:

Mr. Kerr brought an action against that order before the referring court, which decided to stay the proceedings and to refer two main questions to the Court for a preliminary ruling, which are:

What Article 4.1 of the Regulation says is that, in general, persons domiciled in one Member State shall be subject, whatever their nationality, to the courts of that State, and, in accordance with Article 5, may only be sued before the courts of another Member State under the same Regulation (Article 2 to 7) , laying down Article 7 which is possible to do so: ‘(a) in contractual matters, before the court of the place where the obligation under appeal has been fulfilled or must be fulfilled’, which, according to subparagraph (b), it is  ‘in the case of a supply of services, the place of the Member State in which, according to the contract, have been or should be provided’.

The question raised in Case C-25/18 –which is not trivial for the owners´ communities– is, in short, whether the payment of community fees approved at the owners’ community meeting can be regarded as contractual matters, despite the absence of a contract itself, and in such a case whether it could be regarded as a provision of services, which would determine the jurisdiction of the court in which the property is located, in the face of the general jurisdiction of the defendant’s domicile.

The Court of  Justice of the European Union makes a number of considerations and states:

In conclusion of all the foregoing, the Court (First Chamber) states that:

In short, the Court of Justice of the European Union declares the jurisdiction of the courts of place in which the property is located in the face of the general jurisdiction of the defendant’s domicile, which is certainly good news for the communities of owners of any country belonging to the Union which, otherwise, would have had to face a serious problem in these cases of claiming quotas to persons, national or foreign, domiciled in other countries.