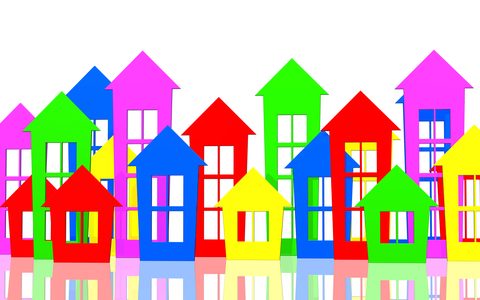 About the “real estate complexes” and about their constitution and government

Article 24(1) of the Horizontal Property Law (hereinafter HPL) states that «The special property regime established in article 396 of the Civil Code —which refers to horizontal property— shall be applicable to those ‘private real estate complexes’ that meet the following requirements:

The questions we ask ourselves are, what a “real estate complex” is, how we can identify it, and what its form of constitution and governance is, according to the HPL that regulates them.

What is, or when can it be understood that we are dealing with a «real estate complex»?

From the definition in Art. 24 HPL, which was newly introduced by Law 8/1999, of 6 April, and from the Supreme Court Judgement number 992/2008, of 27 October, it can be seen that these complexes are characterised by the existence of a number of independent plots or buildings, but connected to each other by shared ownership, which is inherent in the private rights to each of them, of real estate elements or common services, or a system of limitations and duties between them, with the aim of belonging to a multiplicity of owners, for the achievement and maintenance of the general and particular interests of the participating owners

Also, Article 26 of the Land Law (RDLeg. 7/2015, hereinafter TRLS) defines it as «any system of unitary organisation of real estate in which a distinction is made between privative elements, subject to exclusive ownership, and common elements, whose ownership corresponds, in an instrumental manner and by percentage quotas, to those who at any given time are the owners of the privative elements”.

Therefore, it is indistinct that there is a plurality of independent buildings on a plurality of plots (some built and others not, or even none at all), or that they are all, like the common elements (roads, swimming pool, etc.), on a single plot / single registration property (article 26.4 TRLS), or that they are more or less close. What is relevant for identifying a real estate complex is the existence of a functional connection, of shared ownership of real estate elements, or of services, limitations or duties common to all the owners of these buildings, such as roads, swimming pool, green areas, easements, services, or the existence of a set of rules common to all of them.

But the reality is very varied, so, how do we know if we are dealing with a real estate complex or another type of organization of horizontal property?

If there is a single quota that expresses the value of the property in relation to the total group and the sum of all of them is 100 —since the quota is expressed in hundredths in relation to the property as a whole (art. 5 HL)— we are dealing with a community of owners, even if we see separate groups of houses or blocks of houses or buildings. If there is a participation quota for each group of houses, or block or building (adding up to 100 for each of them), and another one for the larger group in which these groups of houses or blocks or buildings are integrated, we can assure that we are dealing with a «real estate complex».

We already know that we are dealing with a «real estate complex», and what does this mean in terms of its constitution and government?

“2. Private property complexes referred to in the previous paragraph may:

a) Constitute a single community of owners through any of the procedures established in the second paragraph of Article 5. In this case, they will be subject to the provisions of this Law, which will be fully applicable to them.

b) To constitute a group of communities of owners», in which case the regime foreseen in paragraph 3 of the same precept will be applicable, which indicates that it will be governed by the provisions of the HPL, with the following specialties:

«a) The Meeting of Owners will be composed, unless otherwise agreed, by the presidents of the communities integrated in the group, who will represent all the owners of each community.

b) The adoption of agreements for which the law requires qualified majorities will require, in any case, the prior obtaining of the majority in question in each of the Meetings of owners of the communities that make up the group.

c) Unless otherwise agreed by the Meeting, the provisions of Article 9 of this Law on the reserve fund shall not be applicable to the grouped community”.

Therefore, it is not possible to presume the existence of a real estate complex whatever its form of government, because it can be either of the two, a single community or a group of communities. It will be necessary to consider the form in which the real estate complex has been set up in order to determine whether it is the same as a single community, in which case its governing bodies will be those established in article 13 of the HPL —the Board of Owners, President and, where appropriate, Vice-President, Secretary and Administrator— or whether it has been set up as a group of communities, in which case each of the communities that make up the community will be governed by that precept, and the community grouped by the same Law, with the specialties provided for in article 24.3 HPL.

With respect to the form of constitution, it will be necessary to be to its constitutive title, which will come given by the title deed or titles deeds of new work and horizontal division, because it can be one or several, if it has been granted in a successive form, for example, if the complex has been built by phases. In all cases:

In short, if you can find in your own title deed that you personally have a quota in the whole real estate complex (apart from another one in the phase and/or in the building), you must know that you are in a unique community. But if in the title deed you only have a quota in your building or block, but not in the whole complex, because the quota on the complex belongs to each building or block, not to each one of the owners, you must know that you are in a grouped community. Both are real estate complexes, but with different organizations and power structure.

Of course it is absolutely impossible a mixed system, or it is one thing or another, although it is possible to switch from one system to another but provided that all the legal requirement. For example, to change from a single community system to a grouped communities system require, basically, that all (and I say all) the communities of all the blocks or buildings of the real estate complex are formally constituted, that all (and I say all) agree by a majority together to become a grouping of communities in their respective general meetings, that there be a board of all the presidents of the communities that unanimously agrees to their constitution as grouped community, and that they grant a new public title, a new constitutive title to modify the system in the Land Registry.

Two other problems common to this type of complex community can be raised: whether segregation is possible, and what are the competencies of the grouped community.

With respect to the first one, whether it has been constituted in one form or another, segregation will only be possible in certain cases because, as the aforementioned Supreme Court Judgement number 992/2008 points out, «if a property has been divided into independent plots and roads have been formed, it cannot be argued that a claim for cessation of the undivided situation could be made with respect to those roads». Much less if there are no independent plots, but the complex has been constituted in a single plot / property registration. Nor would it be appropriate in respect of other areas at the service of the complex, such as recreational or sports facilities for common use, or green areas —even if they were separable in urban terms—, because they are accidental common elements or purposed common elements, because they are affected to common use by the will of the owners. Those elements may be disaffected for that joint use, but always in accordance with the legal rules applicable to this system of ownership, which will be the unanimity of all the owners when it involves a change in the coefficient of each owner in the complex as a whole.

This is a complex reality, much more extensive than the one described in these short lines, and when in doubt it is better to seek the advice of a lawyer with competence in this specific area.