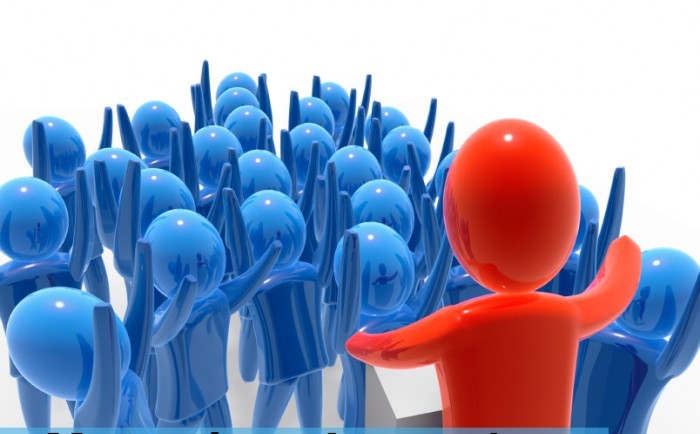 The power of the president in a community of owners.

The Law that regulates the regime of the owners´ communities (Horizontal Property Law, hereafter LPH) refers in its article 13 to the community governing bodies, indicating as such the owner´s general assembly, the president and, where applicable, to a vice-president, a secretary and an administrator.

About the president, who «shall be appointed from among the owners», so he must be an owner (not the husband, the wife or the son of an owner), establishes Article 13.3 LPH that «shall legally represent the community both in and out of court, in all matters related to the community», also hold functions such as defending the community´s interest, requiring owners to cease prohibited activities, give approval to certificates, subpoenas and notifications issued by the secretary, convene and preside owners’ assembly, sign the minutes of the meetings, receive communications for the execution of works, etc.

On the other hand, there is no doubt that it corresponds exclusively to the owners´ general assembly, appoint and dismiss the governing bodies of the community, approve the plan of income and expenses, approve the budgets and execution of works in the community (without prejudice of the urgent measures that must be adopted), approve or reform the community statutes or the internal rules, approve modifications of the community constitutive deed or the exercise of judicial actions against the owners who have infringed it, etc.

But the competences´ delimitation is not always so clear, and the question that often arises is what is the scope of the powers of the president with the owners´ general assembly, since legally it is the president who hold that legal representation, but it is the assembly of owners the sovereign governing body of the community to which legally take the most important decisions, and while there are some expertshat do not admit any doubt on this matter other experts disagree.

The problem arises because the law also says that it corresponds to the owners´ general assembly «to inquire and resolve any matters of general interest for the community, adopting those measures estimated necessary or suitable for the best common service» and given the extent of that general rule,  which seems to encompass everything, it is necessary to consider what those issues are, and what is the role of the president of an owner´s community, regarding third parties, regarding the owners themselves, and regarding others governing community bodies.

It may be said that the president, , is the physical instrument through which the community acts, and that is why third parties can may expect that he is acting effectively on behalf of all owners, as long as he acts within community´s matters, either within the scope of its typical powers of the president that include, at least, those of ordinary administration, that is, the day to day matters of the community, or of those that have been attributed to him by the owners´ general assembly, for example the exercise of legal actions for construction defects, actions against owners who not pay the community fees or broke the community rules, to sign contract for works, etc.

2.- Regarding within the community itself, that is, regarding the owners, the legal effects of the acts carried out by the president are binding on all of them, whether they are of ordinary administration, or not, but were attributed by owners´ general assembly, and in this case it links both those who voted in favor as well as those who voted against, the absentees, and even the subsequent owners.

What this general rule means is that the owners’ assembly, can collect for themselvesbecause sovereignly so decide— the competence in all community matters she deems appropriate, giving instructions to the president and, of course, also to the administrator.

These instructions can be 1) imperative if they bind them (president and administrator) so strictly that they cannot leave them even if they are convinced that the community’s interest requires something else, 2) optional when they leave enough flexibility to allow them to decide, according to their assessment, how to advise the best defense of the community interest, and 3) demonstrative when, imposing certain rules, expressly or tacitly reserve the faculty of separation if the circumstances change and justify a change in the way of acting.

These competences can be assumed by the owners’ assembly, even when said these matters must be understood as falling within the scope of ordinary administration functions that are specific to those other governing community bodies (president and / or administrator) and it is evident that in such cases —which must be expressly stated—, the president must comply with the decision of the owners’ assembly, and that his representative role to comply with the agreement will only be executive.

Afterwards it will be necessary to examine case by case, and although it is clear that the president cannot assume new expenses or take legal actions that are not approved by the owners’ meeting, that he must necessarily execute the agreements taken by the owners´ assembly, and that, in general, he cannot act in the name and representation of the community compromising their interests without limitation of or without authorization from the general assembly, regarding the rest of management issues or ordinary administration the number of arts. 13.3 and 14 LPH must be understood in the sense that, in the absence of specific instructions from the assembly that explicitly assume the responsibility, it must be understood that it is to the president to whom it corresponds, in the exercise of their position

It is a complex matter; in which it is always advisable to be well advised by a good professional specialist in property law to avoid problems. Trying to save, time or money, can be very expensive sometimes.